Chemicals and fuels from biomass are two important areas of development that can make a big difference in the creation of sustainable development. Just as today’s oil refineries utilise the various fractions of crude oil, the biorefineries can play an important role if they succeed in processing all the constituents of the biomass: cellulose, hemicellulose, lignin, extractives and proteins. This is a challenge, but the composition of the raw materials of the biomass also provides opportunities to develop products with unique functions and properties.

The complex and varied composition of the biomass requires new and improved processes both for separation and for fractionation of constituent components, as well as for the  conversion and purification of products. The same goes for recycling and circulation of bio-based products.

For this development to be possible, it is crucial that more processes and products – both bulk products and high-quality specialty chemicals – be integrated into production systems. This is so that the total raw material and residual flows can be utilised in a resource-efficient way that creates value. 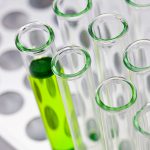 Green chemistry encompasses a holistic view of everything relating to raw materials, chemical management, processes, end products, energy use and climate considerations. What we mean with the phrase green chemicals, is chemicals that are produced and handled in a more environmentally friendly and sustainable way than conventional products. BioInnovation’s focus is on chemicals that are sustainably produced from renewable biomass.

Society’s demand for bio-based chemicals is steadily increasing and the global market for bio-based chemicals is expected to have an annual growth of just over 16 percent between 2016 and 2025. Ethanol, glycerol and lactic acid are some examples of the sorts of chemicals covered. Of course, the major driving forces behind increased demand are the environment and the climate. However, for the chemical industry in Europe there is also a strong motivation to be capable of meeting the increasing competition from Asia. The preconditions for bio-based products are also strengthened as more and more political decisions limit the use of fossil-based products. This is happening at the same time as consumers are increasingly demanding green and renewable alternatives.

Organic raw materials contain components with unique properties and structures – there is vast untapped potential for developing cost-effective processes for their separation and purification. Proteins, prebiotics and active substances for cosmetics, and vanillin are some examples of these products. These natural biocomponents often have a high market value, but usually constitute a small proportion of the raw material, which implies that the rest of the material can be utilised for other products. 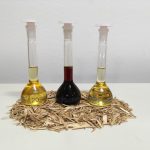 In 2017, the total amount of fuel used for road transport in Sweden was 92.7 TWh. Since 2014, the proportion of biofuels has increased annually, from just under 13 per cent to 21 per cent in 2017.The dominant biofuels are biodiesel in the form of FAME (biofuel of esters from vegetable oils) and HVO (hydrogenated vegetable oil), ethanol, and biogas in the form of vehicle gas. The use of biofuels today, is based on a combination of clean biofuels and biobased components blended in low concentrations in petrol and diesel.

Something that has radically changed the long-term conditions, and consequently the interest in biofuel production, is the reduction requirement which was introduced in 2018. This means that suppliers of petrol and diesel must reduce greenhouse gas emissions from their respective fuels, by mixing in liquid biofuels. The long-term goal of the reduction requirement is, through the incorporation of biofuels, to lower greenhouse gas emissions from petrol and diesel by 40 percent by the year 2030, compared to 2010 levels.

Although Sweden has excellent conditions for its own production of large quantities of biofuels, about 85 per cent is currently imported.The Forest-based sector’s roadmap to fossil-free competitiveness, estimates that it is possible to produce up to 10 TWh of biofuels from forest raw material, by the year 2030.

In a study, conducted by the Swedish University of Agricultural Sciences (SLU) and Lund University in 2017, arable land-based iLUC-free raw material – that is biomass that does not indirectly lead to changed land use – is estimated to contribute an additional 4-10 TWh to domestic biofuel production by 2030.

According to the analysis that forms the basis for the National Forest Program, the supply potential is estimated to have the capacity to increase to 70-90 TWh per year, by 2050. The potential refers to raw material from forestry, agriculture and aquatic systems. This energy potential can be used directly for the production of fuel, or indirectly to release larger volumes of industrial side streams which can then be refined into fuel.

Another area of development could be to consider the possibilities of combining biobased raw material flows with recycled raw material streams of fossil origin, such as plastics and textiles. Thermal processes such as gasification and pyrolysis can handle mixed raw materials, and help to create circular product flows.

The aviation industry is one of several transport sectors where carbon dioxide emissions have received a lot of attention. The current range of sustainable alternatives to fossil fuel is very small, but major efforts are being made nationally and internationally to stimulate technological development, and Sweden has the right conditions to be able to contribute.

Verification of production of stabilized pyrolysis oil at Cortus – step 1

Large scale production of Appethyl 2 as a biological appetite suppressant