The project was part of the innovation project BioEconomy 2.0 – Improved valorisation of residue streams.

To increase the profitability of lignocellulosic processing, it is necessary to maximize the value of the co-products from the process. In various processes based on wood, side streams are produced, such as sawdust, lignin and bark. As a rule, these are combusted to generate heat and power. There are also forestry residues, most often left in the forest or collected for heat and power generation.

Producing a bio-oil through a hydrothermal liquefaction process could be an option to produce a product with higher value from these side streams. The bio-oil can be used as a renewable fuel oil or upgraded to transportation fuel and might also have the potential to be used for the production of chemicals.

The project group was represented by actors from the entire value chain, from raw material suppliers (Sveaskog, Lantmännen Agroetanol, Holmen, SEKAB) to end-product users (Övik Energi, Holmen). Bio-oil was produced in a pilot reactor at RISE Processum and upgraded at RISE KPL and RISE ETC to reach transportation fuel quality. NiNa Innovation led the work in the project, as well as cooperation with the innovation project BioEk2.0.

Pictures from the project: 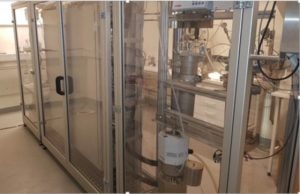 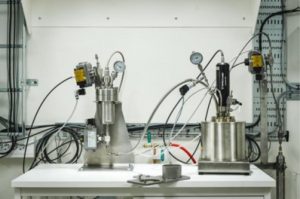 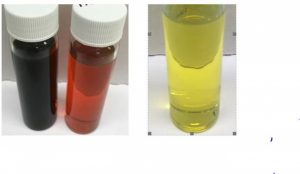 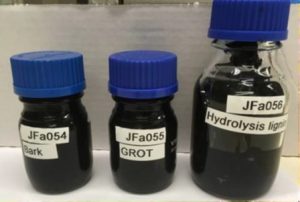